New Way® Salutes Those Who "Drive the Difference" 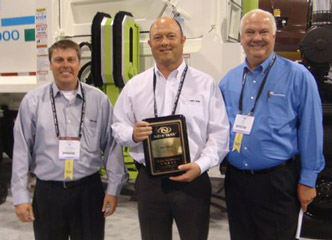 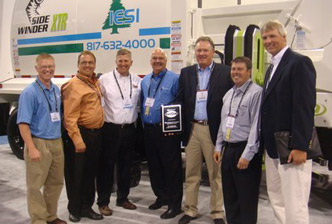 Las Vegas, NV - The 2009 Waste Expo had many highlights, including the unveiling of New Way®’s latest product, the automated side loading refuse truck, aptly named the “Sidewinder”. It also marked CEO, John McLaughlin’s induction into the Environmental Industry Associations (EIA) Hall of Fame.

As New Way® was receiving awards, the company saw the event as an opportunity to present a few awards of their own. New Way® presented two awards to show their appreciation to those who are “Driving the Difference” through continued excellence in their work:

Already a distributor? Login to see what kind of deals we are offering this month! Or register today »